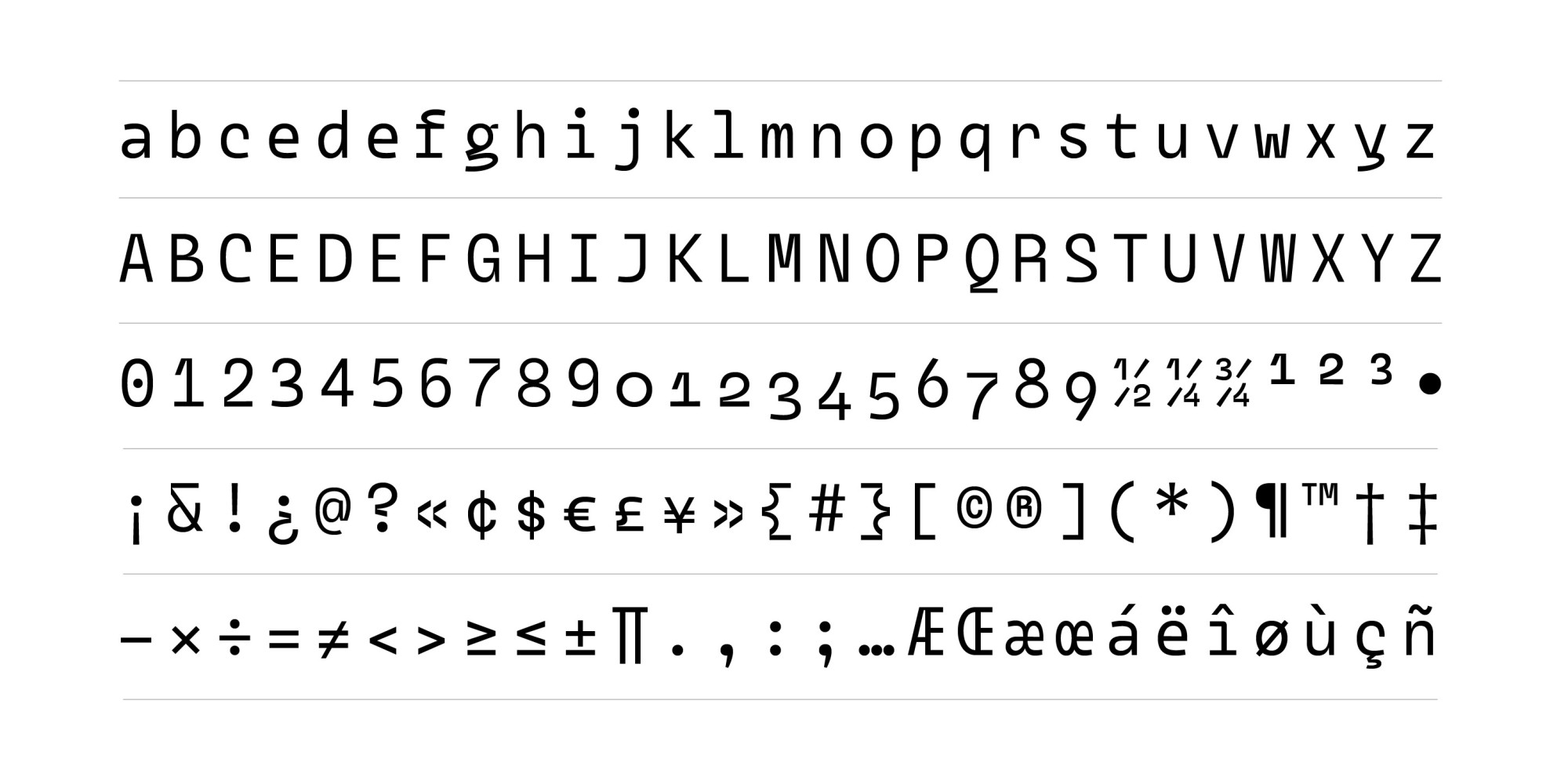 Augusta mono, is a monospaced font with spicy character. Merging the technical feel of monospaced coding fonts with the flow of some old retro typewriter forms. The friendly design and details serve functionally and visually to brings a fresh and flavoured look to words, texts ande code.

The name Augusta comes from Augusta Ada Byron, Countess of Lovelace, an English mathematician and writer, who write the world’s first machine algorithm for an early computing machine that existed only on paper. She understood that numbers could be used to represent more than just quantities, and a machine that could manipulate numbers could be made to manipulate any data represented by numbers. For her contributions to science and engineering there is a celebration of Ada Lovelace Day on October 13.